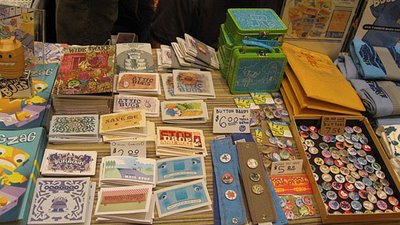 Look at all those mini-comics!

SPX Weekend is upon us! 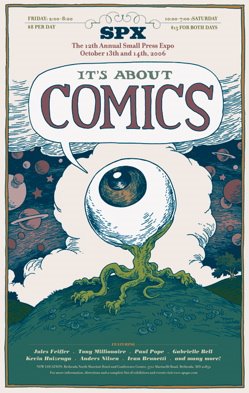 And here's a column I wrote this week about SPX and mini-comics over at Comic World News.

To everyone going - enjoy the show!

To those of you that can't go, maybe you can make it to the Gary Panter and Art Chandry exhibit in St. Louis. I'll be checking that out soon.
Posted by Shawn at 8:04 AM No comments:

Okay, these are pretty cool. Marc Snyder sent in ten little art book/mini-comics for review. Each book is a piece of paper slightly smaller than letter size. Snyder folds them up to create little 8-page (including front and back cover) booklets. Inside, he uses drawing, painting, photos, rubber stamps, and font to craft a mixed media book. The books themselves are Xeroxed copies of the originals.

Of the ten books, a few stand out right away. Great Dog Walks in Hamden Connecticut!, as told by Snyder and his dog Jack, is one of them. A map on the inside cover outlines the walk with each point highlighted. Then Snyder and Jack give the highlights of each walk in their own point sof view. Obviously, dog and man see things quite differently. 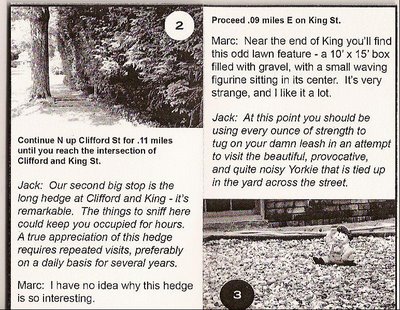 Several of Snyder’s books are critical of the current administration’s inability to do anything that doesn’t turn out to be a complete clusterfuck. The best are Dear Mr. President, where Snyder outlines his concerns over the shrinking habitat for polar bears due to global warming, and The Right Answers, which displays some nice linocut art that’s very reminiscent of Seth Tobocman’s work. 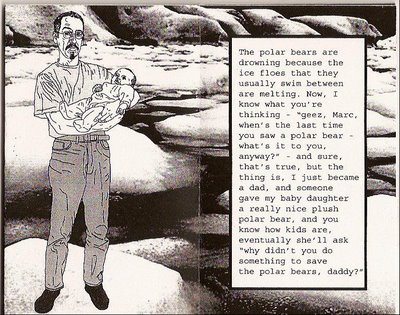 In Once Upon a Time, Snyder laments the extinct passenger pigeon. Through mostly text, with rubber stamp images on each page, Snyder tells of flocks of passenger pigeons that once blotted out the sky.

How to Explain Joseph Beuys’ “How to Explain Pictures to a Dead Hare” to a Dog is a cheeky look at attempting to communicate Beuys to Jack the dog. I don’t think Jack gets it.

As a member of the Fiji Island Mermaid Press Artist's Book of the Month Club you get one new book each month for $25 (postage included).
Posted by Shawn at 7:41 PM 1 comment: