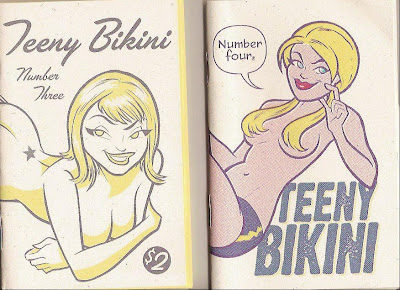 I have a soft spot in my heart for Robert Ullman's artwork. When I lived in DC, he did illustrations for the "Savage Love" column in the alt weekly, The City Paper. His figures for that gig were vivacious and charming, managing to be both sexy and cute. It looks like, as I’ve been to DC several times and grabbed a copy of The City Paper since then, that he isn’t working for them anymore. Without his art, it's a much less enjoyable read. Luckily, Robert continues working in other venues, including mini-comics.

Issues three and four of Teeny Bikini continue where issue two left off – well done pin-ups of semi-clothed or nude girls. Each 20-page issue features finished drawings and sketches of girls next door types, coeds, and even costumed ladies like Supergirl and a few lesser known DC heroines. Each issue of Teeny Bikini is $2. 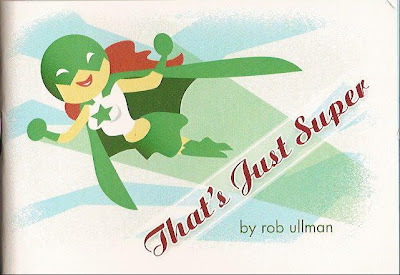 That’s Just Super is a wordless 48-page mini that tells the tale of a female office worker/super hero who, while battling a giant monster, runs into a less than honorable male super hero. Even though she dispatches the Godzilla-sized beast, the male cape steals the credit. 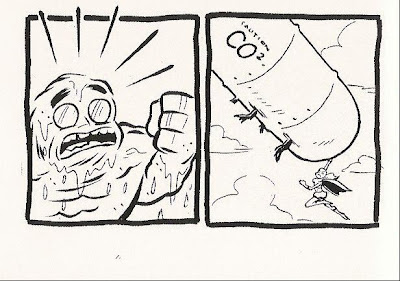 That’s Just Super has a full color cover, which looks similar to other nicely produced minis from Wide Awake Press. Inside, each page, except for a few splash pages, feature two panels of storytelling. At all times, Ullman does a great job of telegraphing the action through visual cues. That’s Just Super is $3.

Crustacean Frustration is also from Wide Awake Press. It sports a subtle tri-color cover wrapped around 28 black and white pages. The last lobster escapes from a restaurant tank as an important food critic sits waiting for his lobster dinner. This event derails the life of the chef in the story. The lobster and the chef meet again later with an silly and warm all ages ending. The pages are divided into a strict four-panel structure, except when a firearm appears on a one-panel page. 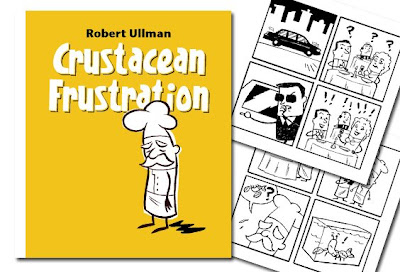 Crustacean Frustration, like That’s Just Super, is wordless. Again, Robert has a nice command of communicating without speech. The art in this mini is much simpler. The characters are more representations of characters, rather than fully fleshed out. It’s a much looser type of cartooning than any of his other work, but it’s an effective way to communicate this story. Crustacean Frustration is $.

Check out Robert’s website for more information on his minis. You can buy them here. Also go to Wide Awake Press for other interesting minis from J. Chris Campbell's shop.
Posted by Shawn at 8:37 PM