Comics on Fire by Paul Hack 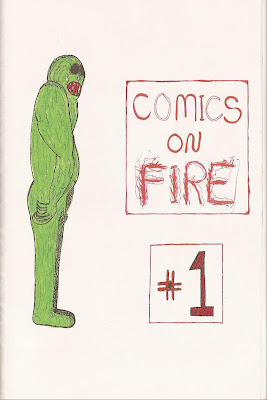 Paul Hack’s first mini-comic, Comics on Fire is a 24-page collection of unrelated one and two page gag strips. Paul’s art is basic and rather flat, but he’s not afraid to experiment with shapes and styles. “Landscape with Robot,” the first strip in the book, is his most ambitious. You can tell that he took the time to add texture to the planet’s surface and the close up shots of the robot reveal some minor shading that adds to the overall appearance of the panel. The rest of the strips are less textured and full, but not without charm. 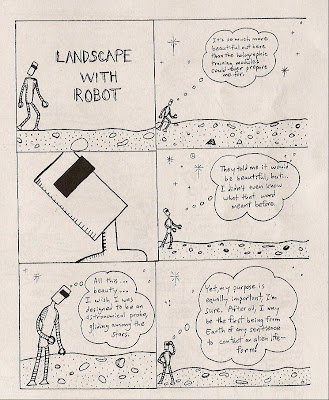 Quick highlights of Comics on Fire include “Asteroids,” which takes you briefly inside the minds of the asteroids from the old Atari game, and ”Understand Body Language,’ which serves as a handy way to sort out the body language of unicorns, insects, tentacled creatures, and spike tailed reptiles. Who knew that a unicorn’s glowing horn indicates deceptiveness on the part of the unicorn. This is real world stuff that could come in handy one day. 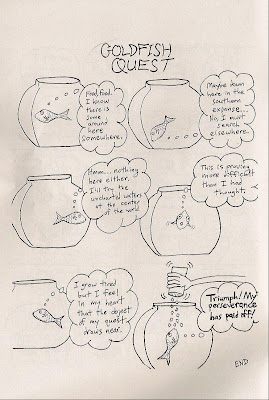 Towards then end of Comics on Fire, what at first appears to be a throwaway page featuring a robot zombie, strangely turns out to be the strongest piece in this mini. An excellently crafted three-legged robot zombie delivers a monologue lamenting his inability to eat either brains or gears in the face of his overpowering need to consume them.