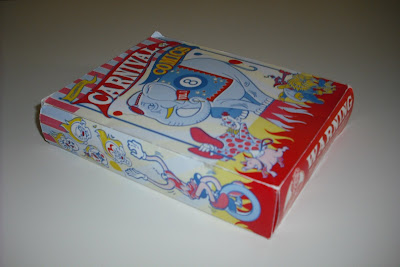 This could be the best deal in mini-comics: 25 black and white minis with color covers packed into a circus-inspired box for $20. Feast your eyes on this: 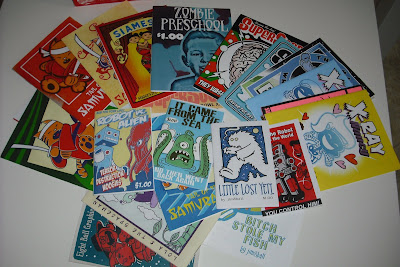 I sat down and opened this box of minis from Jim Coon over the weekend, expecting to find a handful of good minis and a pile of stinkers. No such luck. I smirked and laughed my way through almost all of them, except for a three issue series called Super Soap that just didn't do it for me.

Jim's art is professional and deadly consistent. He's been making his own comics since the Reagan administration, so the consistency is understandable. But it's still nice to see that each of these minis are so solid. Most of them are quarter page format, with a few eighth of a page size ones thrown in. I started with the smaller format and a couple of them were my favorites - It Came From the Sea and Robot vs. Alien. 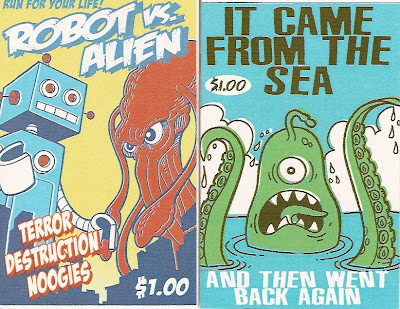 Both of these 16-pagers are heavily indebted to the monster movies that Jim and I probably both grew up watching and both feature single panel per page layouts with captions telling the story. 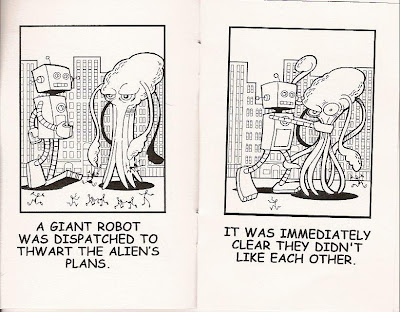 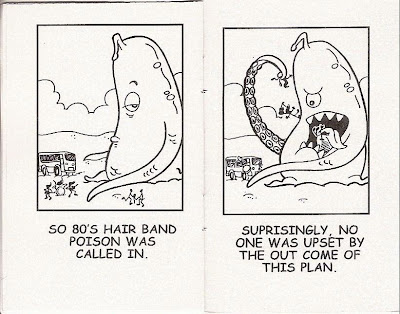 I also really enjoyed the five-issue series Tail of the Tomcat Samurai. This felt a bit like Stan Sakai's awesome Usagi Yojimbo series, but Jim's tongue is a little firmer in cheek than Stan's. 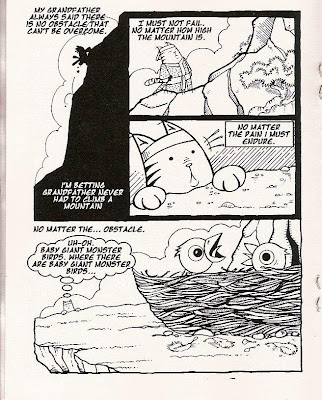 Each issue has a "to be continued" drop that makes you wonder what's about to happen next. Issue two has a particularly heinous surprise for Meowki San aka the TomCat Samurai. These eight-page minis are packed with shifting panel structures and an abnormal amount of action.

Lola and the Spaceman is probably the simplest of these minis, but it's also one of the best. A spaceman lands on Lola's planet and the two of them fall in love. Unfortunately spaceman's oxygen tank is limited. Poor Lola just wants to help her new love, but sometimes love hurts... This one is wordless, but Jim does a great job of showing the two character's emotions as the story unfolds. 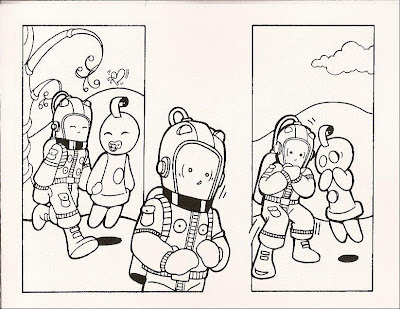 Get more information at Jim's blog. He has multiple deals on this page, including a slightly risque mature audience pack. I would suggest the Robot and Monster Pack for $4 for starters. You can buy individual comics or any combination at his Etsy store.
Posted by Shawn at 9:24 PM

That looks awesome. I've always wanted to do something like that but never pulled it off.